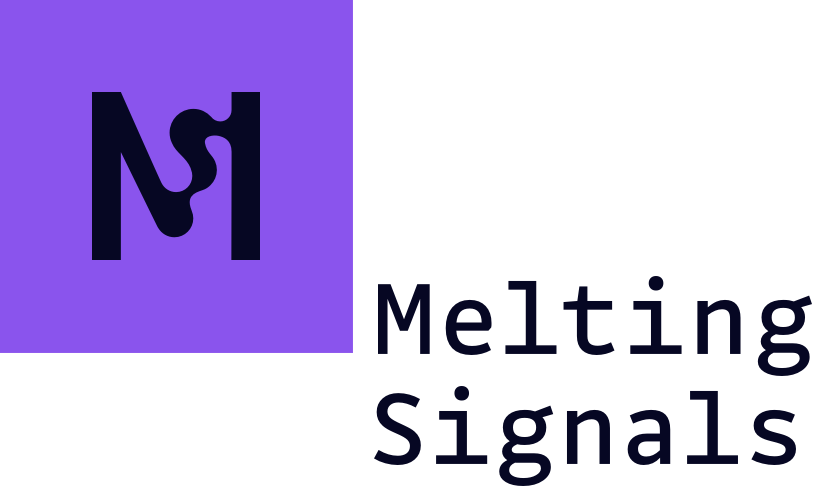 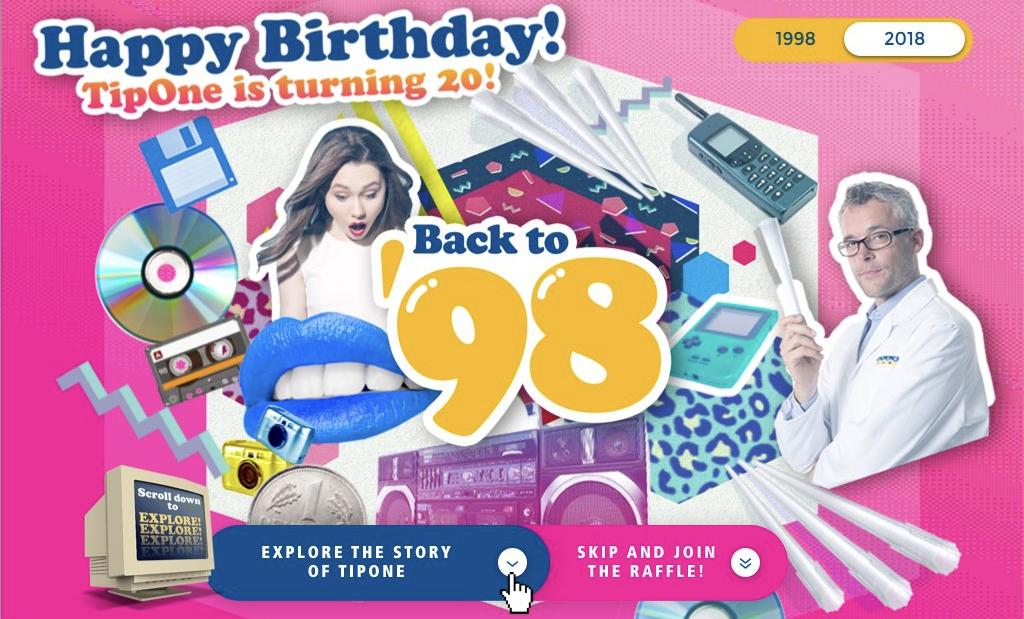 Celebrating 20 years of Starlab with a fun 90s campaign to show everyone how it felt like when it all started.

Starlab specialises in the field of liquid handling technology and laboratory products – pipette tips, centrifuges etc. They wanted something special for their 20th company anniversary. To show everyone how it all started we launched the „Back to the 1998“ campaign and dived back into our youth. Since the 90s have been back in trend for quite some time and Starlab was founded in 1998, we launched the campaign true to the motto „The 90s are back in town“.

The idea was born, but now we asked ourselves how we could make the campaign successful and accessible. We needed our own campaign website, that represents the modern technology behind the company and at the same time stands out in style of the 90s and offers a fun user experience. In this way, we have been able to easily access and retell the story of Starlab since 1998.

To bring the campaign to the people, we sent a special advertising gift that took them right back to the good old days: a CD with hits from the 90s. Once again, we also wanted to combine modern technology with the „Back to 98“ theme so we printed a Spotify Code on the CD that lead directly to the matching playlist.

To round off the campaign, there was also a big raffle. There were various 90s themed prizes to be won, including concerts by 90s stars throughout Europe.

With this campaign, we were able to establish Starlab as a casual and approachable brand. Because we were also able to attract people outside our core target group, we managed to generate a great number of ad impressions which then lead to many raffle entries. The Spotify Playlist was particularly well received, which not only brought us numerous new followers on the streaming platform but is further proof that the campaign also worked outside our core target group. 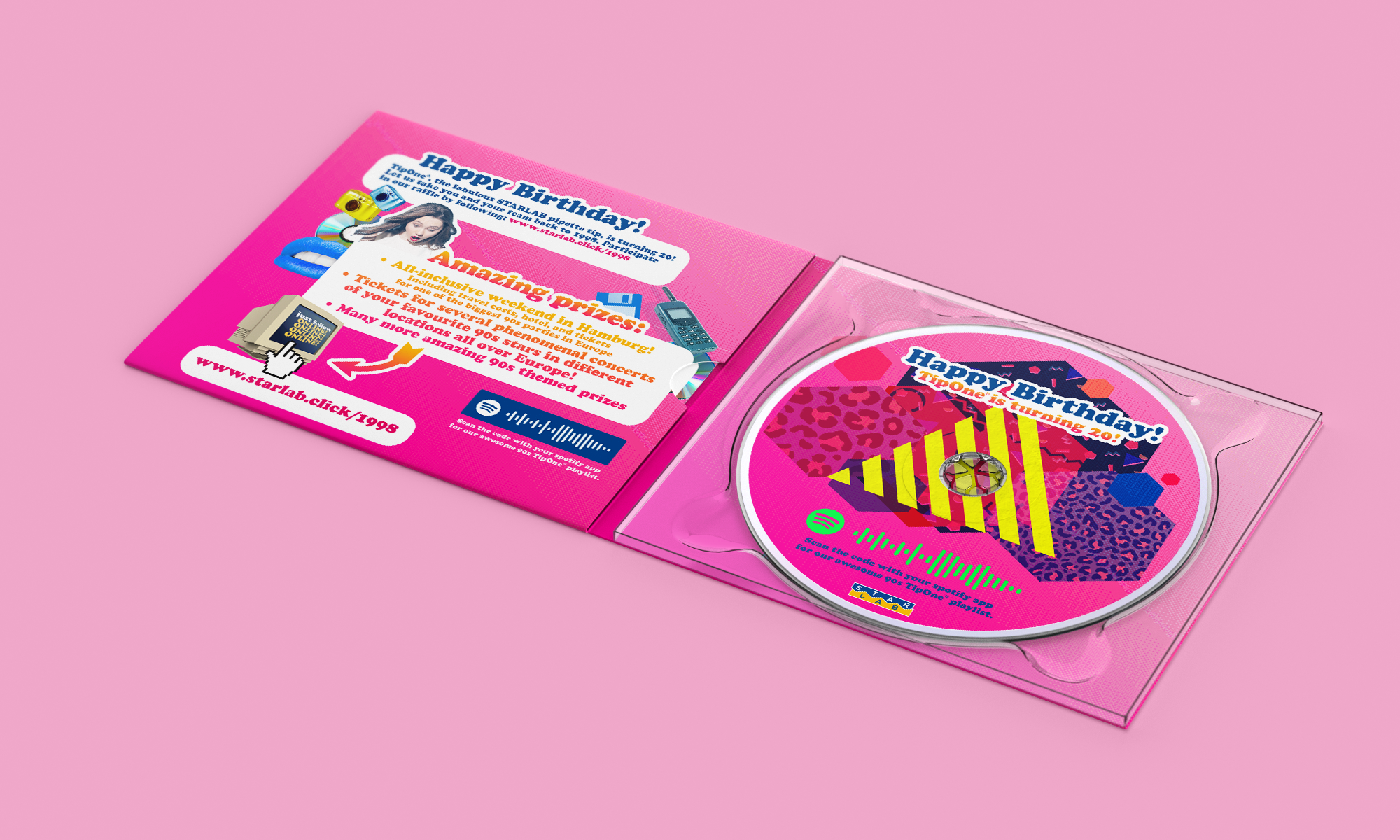 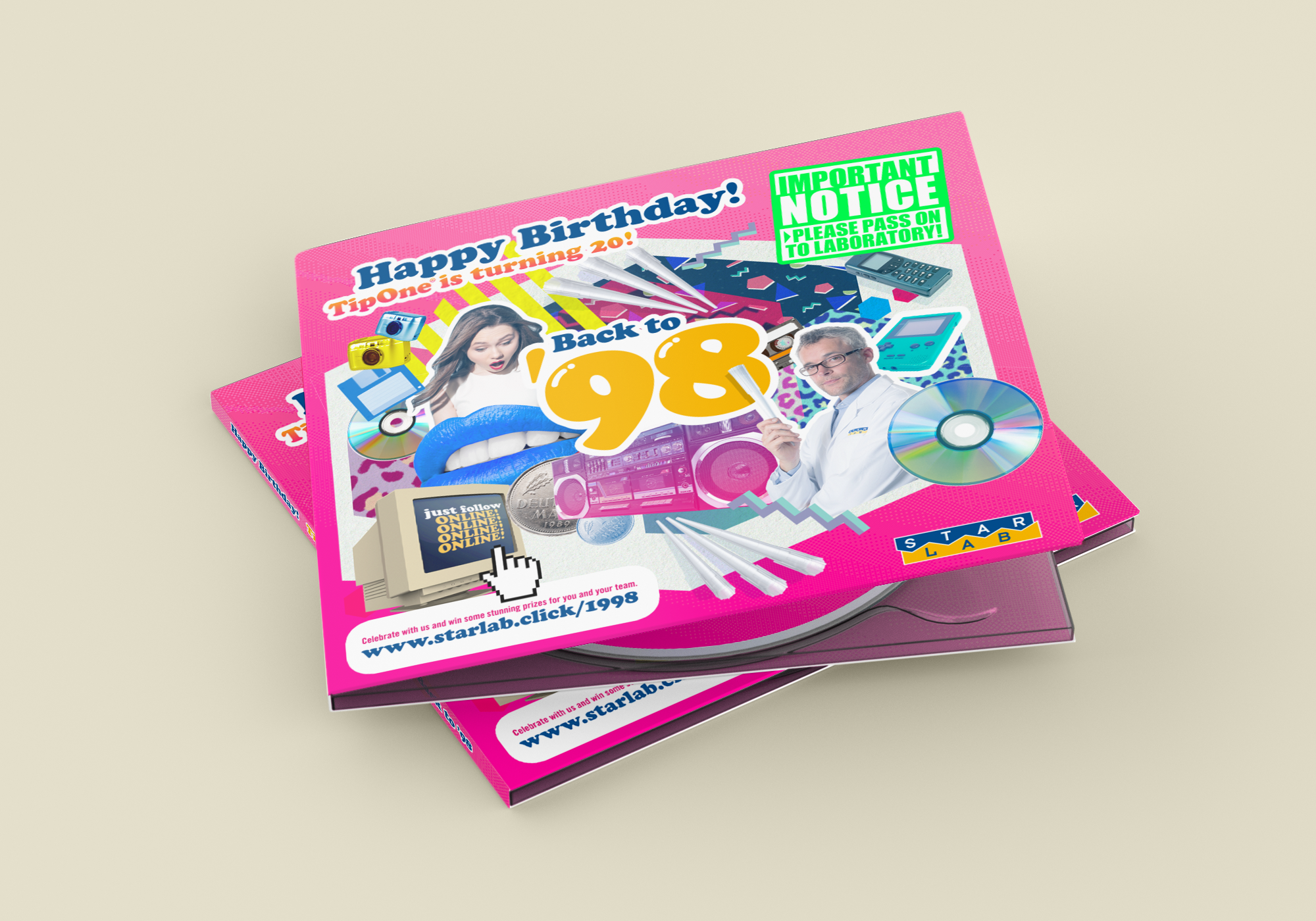